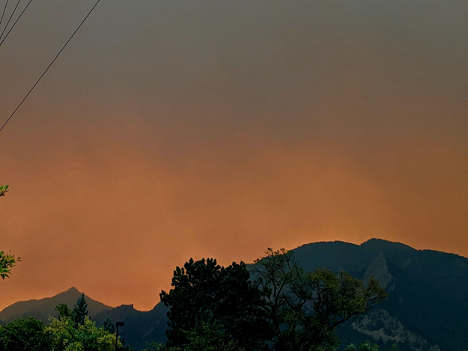 October’s 4th Friday Alumni post is from the inimitable libi rose striegl, from the MFA|EDA class of 2015. Great hearing from you, doc.

Not all of it. Just the small bits that i deal with on the day to day, working at the Media Archaeology Lab. And not really history itself, per se, but the lost futures that the stubby branches and false starts of history represent. In some alternate universe we still use steam. In another, we record things on wires. In another, we have no patents on genetic material and the damn mouse went out of copyright when it was supposed to, no one ever died over accusations of intellectual property infringement. We operate as a collective as well as as individuals. Resurrecting those pasts and re-invigorating can be a fetishistic practice, in the religious sense, a sort of conjuring. But i prefer thinking through them in a sort of cannibalistic way, figuring out what can be reintroduced to shift the present towards the best of all the possible futures that lay before us. I’ve been thinking a lot (too much?) about this comic.

2. We Are In This Mess So Now What

I spend a lot of time fixing things. Some things are too big or broke to be fixed, though. When do you know? For part of my dissertation, i made a zine to accompany a workshop titled ‘Take It Apart(y)’ and its first page continually resurfaces to relevance.

I opened a book yesterday and found that its owner, long ago, had used the inside covers to do what looks like a cyanotype test. So now all i can wonder about is what is delible and what isn’t. The name of the man in the image – lost, i am sure. Maybe we could find it, but not guaranteed. But the face won’t erase… Then again, the book itself is falling to pieces, nearly destroyed in a flood. The shades of known and unknown blend into and over each other. Who knows, really, what parts of anything will keep and what parts will disappear. Control over the future is something some pursue relentlessly, but even they can’t be certain of their influence.

My betta fish died and maybe it’s silly to mourn a fish but also things being what they are, it allowed me the time and space to practice a kind of ritual mourning that i don’t usually allow myself.

The Very High Frequency and Ultra High Frequency wavelengths range from 30 MHz to 3 GHz, or 32.8 feet to 3.9 inches. If i want to transmit something on channel 8 for standard analog t.v. reception, the wave is not quite 5 ½ feet but a little longer than 5 ¼ feet. We broadcast at channel 8 from our television transmitter, though it’s only strong enough to get about 200 feet if it’s unobstructed. 37 waves away. The shorter the wave, the easier to generate, but they dissipate quickly, without a boost – their signal doesn’t stretch very far.

AM radio, on the other hand… on a clear night, a signal from an AM radio station can travel hundreds of miles, bouncing off the ionosphere. A single wavelength at the low end of the AM radio range is 1,821.4 feet long, so they travel further regardless.

It’s on the edge of magic. All of it. Right down to the quickly oscillating rocks that make it happen.

It took me 15 minutes of trying to capture a reasonable representation of the smoke-filled sky in Boulder. Even still, I had to adjust it to something closer to the intensity I was seeing. The built-in filtering on my phone refused to recognize that the sky might be orange, not blue, and kept adjusting it down, attempting to balance it. It happened all summer in all the parts of the world that were on fire – you could see the reactions on various social medias, people learning in a very blunt way that their phone cameras show them an optimized vision of reality. Something programmed according to norms that are norms according to (likely) some dude somewhere who is arbitrarily in charge of what color sky is, or skin.

Thanks libi. Great to hear from you.